Our Wall Is Greater Than Yours 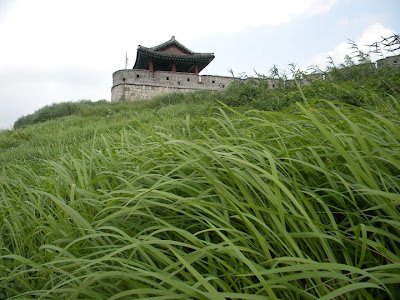 Through Korea's turbulent and sometimes violent history, many of its ancient relics were destroyed, which is perhaps the reason why national pride for their surviving landmarks is so great. Take, for instance, Hwaseong Fortress, which encloses the old part of the city of Suwon. It was built in 1794 and has been kept in excellent condition for the past couple centuries. In 1997, it was designated a UNESCO world heritage site. 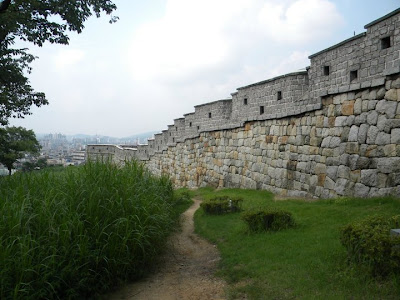 The fortress's origins stem from a rather seedy history, a real-life K-drama. King Jeongjo built the fortress both with the intentions to move Korea's capital from Seoul to Suwon, and also to honor his father, Prince Sado. Prince Sado, despite the filial affection he inspired, was what would most likely be diagnosed nowadays as "pyschotic" and went on the occasional murderous rampage against his servants and royal staff. As a result, Prince Sado was eventually murdered by his father, King Yeongjo, by being locked inside a rice chest for 8 days until he eventually suffocated or, ironically, starved. This is only tangential to the building of the fortress, but nonetheless is far more interesting material than you find in most history books. 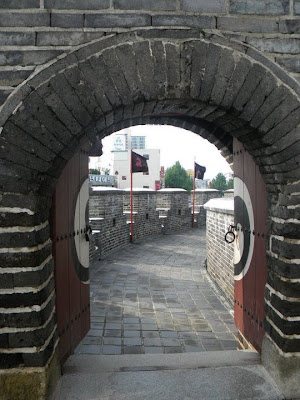 One of my expat friends lived in Suwon during her first year in Korea, her apartment and school being just a stone's throw from Hwaseong Fortress. One day, as she and her Korean co-teachers were passing it, they asked for her impressions.

"Oh, I think it's lovely," she answered honestly.

"Ummm, well, yes?" my friend answered, or something equally dubious and polite.

While it certainly can't boast the colossal size or venerable age of China's Great Wall, the lovely Hwaseong Fortress, even with the purple prose overtones of its origins, remains a point of pride among the Korean people. 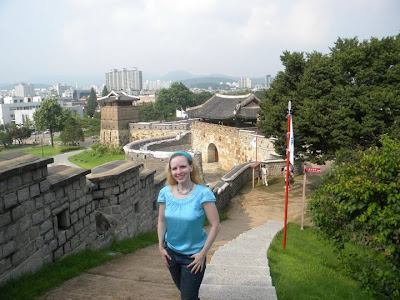 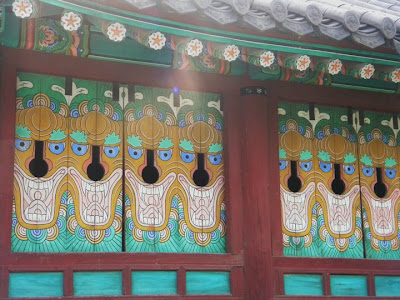 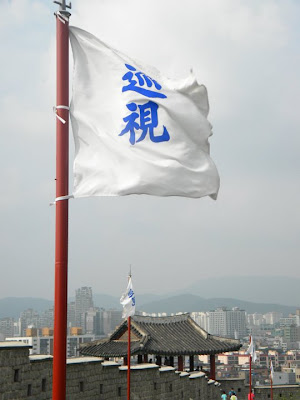 Posted by Melanie Ehler at 6:19 PM

Melanie Ehler
I like the way, in early summer, fat peonies scatter clouds of bloom. I like to wear roses in my hair - and my heart on my sleeve. I like the sound of trains late at night. After watching a scary movie, I sleep with the lights on. The term “flying buttresses” makes me laugh. I was raised in Ohio farmland, among low fields of grain and cloudy dirt roads, but I am always homesick for the sea.